The firm worked on behalf of Hopewell Development to secure the tenant for the new facility in a western suburb of the city. 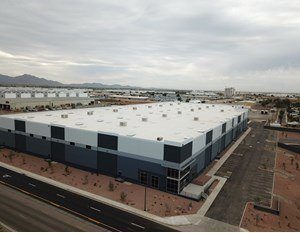 DAUM Commercial Real Estate Services has arranged the lease of a recently built industrial warehouse in the Phoenix suburb of Tolleson, Ariz. The firm worked on behalf of Calgary, Canada-based Hopewell Development, whose U.S. portfolio also includes properties in Texas and Nevada.

The unoccupied land was sold to Hopewell back in June of 2019. Rogers noted that the company then partnered with Sunstate Builders in delivering the state-of-the-art property. McKendry added in prepared remarks that Republic National Distributing Co. was attracted to the location because it is situated 10 miles outside of downtown and offers convenient access to Interstate 10.

Cushman & Wakefield’s Andy Markham and Will Strong, along with Mike and Phil Haenel, represented the new tenant. DAUM has been very active in arranging leases within the Phoenix area. In August, the company represented the landlord and assisted tenant Empire Metal Products in the lease transaction of a 42,000-square-foot industrial property.